This cold snap has me thinking about an impromptu weekend camping trip we put together at the close of one January term in college. For whatever reason, eight or nine of us thought it would be a good idea to head to St. Croix State Forest, on the border of Minnesota and Wisconsin, for a couple nights of camping and… whatever else ended up happening- walking, a little sledding, comraderie, time away before the Spring semester started.

We left our dorm in southern Minnesota, picked up a friend in the Twin Cities, and eventually headed up I-35 toward our destination. There was a bit of snow falling along the way, temps were in the low to mid 30s.

We set up camp in the middle of a pine grove, got a fire going, and eventually retired that first night- most of us to tents and sleeping bags, one of us to a hammock hung between two trees.

The next day was bright and sunny, so we got out and did some exploring. Someone had brought along a couple of those plastic toboggans, so we found some hills to slide on. We were having ourselves a good old time.

This was long before the days of cell phones and weather apps, but we knew the recent storminess was being followed by a batch of cold air. And the second night ended up being a lot different than the first. Most of us got up around midnight to stoke and stand around the fire, and we never moved very far from it. The sides of us facing the fire were toasty, but our backsides were freezing. The choice of placing the camp in a pine grove was fortuitous, since we had a built-in supply of dry wood.    Well, that and one of the moms pretty much emptied her refrigerator for us, so we had food enough to keep us going.

I don’t remember much about that wait for the sun to come up, other than it was a really long night. We got out of there sometime the next morning and stopped at the first Perkins we came to for multiple pots of coffee and a delicious hot breakfast.

Turns out the temp had dropped to -46 that second night. No wonder we were 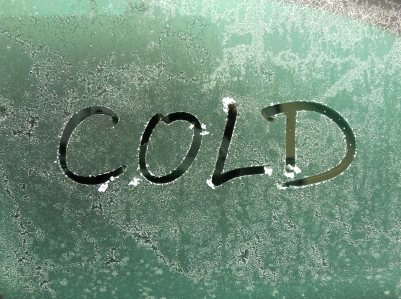 No Darwin Award, though. And no frostbite, no lingering affects, other than the sensory memory of that experience every time the mercury plummets toward negative numbers.

Fodder for a good story.

View all posts by tallthinman72